What eBook Format does Kobo eReader use? 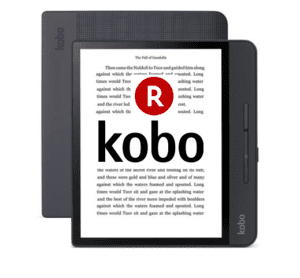 Rakuten Kobo Inc is based in Canada, it is the most innovative EReader service which offers more than 50 million eBooks to customers spread across 190 countries and also developed a range of EReader that uses electronic ink screen to suits any readers style.

Although Kobo EReaders support a broad range of file formats such as Adobe PDF, Plain Text, HTML, JPEG, BMP, PNG, TIFF, and GIF for images, CBZ, and CBR for comic EBooks and also unprotected Mobipocket (.mobi, .prc) EBooks. They even support some formats, such as ZIM, unofficially.

However, in terms of features and user compatibility, we can say that EPUB and PDF are the most suitable EBook formats for Kobo EReader.

One of major the reasons why we can’t open Kobo files on other devices is they are DRM protected. In general, EPUB or PDF books with an ACSM file extension are protected by Digital Rights Management (DRM), the core purpose of DRM is to protect books from unauthorized copying. therefore Kobo books access is limited to Kobo App or an Adobe Digital Editions compatible EReader.

All Kobo EReaders share a unique paging system that gives users the ability to count and refer to the pages within each chapter separately, rather than the book as a whole. All Kobo EReaders require an internet connection during the initial setup phase and will only work when connected to Kobo servers.

Below is the latest list of Kobo eReader devices

Kobo Forma – Was released in November 2018. It has an 8-inch, 300 PPI E-Ink display that can be held by right- and left-handers, and can be flipped horizontally. It has a physical page up and down button to flip pages. Waterproof IPX8, 8.0″ 300 PPI E Ink Carta display with 1440 × 1920 resolution, Storage: 8 GB or 32 GB, with ComfortLight PRO – Adjustable color temperature and 11 different fonts and up to 50 different styles, Supported14 file formats supported natively (EPUB, EPUB3, PDF, MOBI, JPEG, GIF, PNG, BMP, TIFF, TXT, HTML, RTF, CBZ, CBR) and Battery backup 1200 mAh, last for weeks of battery life

Kobo Aura One – Was released on 6 September 2016 and it is the first EReader with a 7.8-inch E Ink Carta HD waterproof touchscreen display with a 300 PPI screen. The Aura One frame is light up by nine white LEDs and eight RGB LEDs. These LEDs allow the device to have a night reading mode and restrict the emission of blue light. It was the first EReader with built-in OverDrive support.

Kobo Aura H₂O Edition 2 – got released in May 2017. It comes with a 6.8-inch E Ink HD Carta waterproof IPX8 display at 265 PPI. Its LED light, can automatically reduce blue-light emission during the night called “ComfortLight PRO” to lower the screen’s effect.

Aside from the above, below is a list of some older versions of EReader devices that have been discontinued.