When was eBook Invented (History Of eBook)

EBooks, also termed electronic books are a simple, convenient, and Completely modern way of accessing and consuming content and text-based information. You might relate EBooks and EReaders with the Modern era, but actually, they have a long history that goes back further than you can imagine.

An Idea was Born: The Readies

The EBook concept was first originated in 1930, around the same time that paperbacks first appeared on shelves. Author Bob Brown first wrote about his idea for an EReader that would allow readers to read books on a screen after seeing his first “Talkie” (a movie with sound). He called this idea “The readies” and interpreted the term “talkies.”

Brown’s ideal reading device was the simple reading machine that can carry or move around, plug, and read all the word novels in less than 10 minutes. He even predicted that EReader allows readers to adjust the font size and style.

Who invented the first eBook? 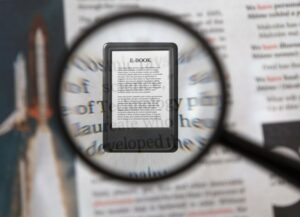 The first prototype of an eReader device was developed in 1949 by the Spanish school teacher Angela Ruiz Robles. She was inspired to come up with an invention that she hoped would make reading more accessible and enable students to make their reading loads easier. The invention was called “Enciclopedia Mecánica“

Another person in the league is Roberto Busa created “Index Thomisticus“, But does not consider it to be the first EBook due to the studious nature of his work, he began creating an electronic version of the works Thomas Aquinas in 1949 and finally completed it in the year 1970.

The Evolution of EBooks

It was in the year 1971 Micheal S.Hart was finally credited as inventing the EBook. When Hart was given unlimited computer time on a huge Xerox mainframe computer for data processing in the material Research lab by the University of Illinois, Hart decided to use the computing power at his disposal to turn a copy of the US declaration of independence into an electronic document and make it available to download via APRAnet and became to known as the first official EBook by many historians, In the same year, Hart founded Project Guttenberg, which is noted as world’s oldest digital library. 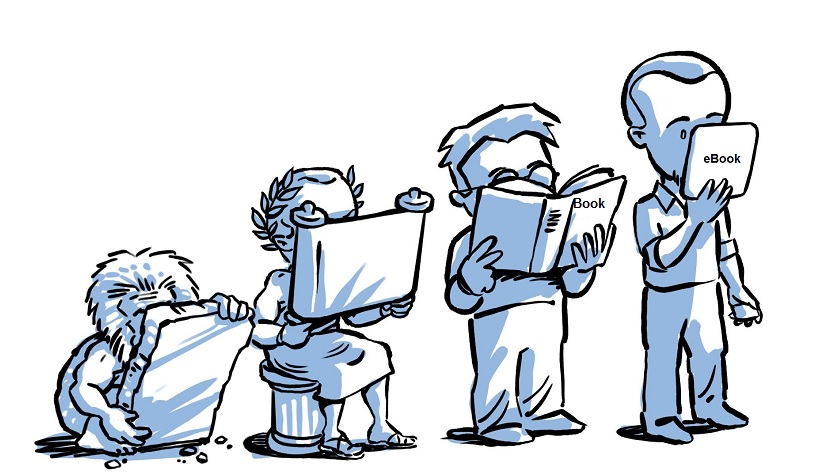 Then came Rocket EBooks in 1999 which were pocket readers roughly the size of the book and able to store up to 10 novels with a battery backup up to 33 hours.

In the Year 2000, Microsoft Reader as PC Software was in the market, it is a reading software for PC with features like highlighting, dictionary, Zoom, and annotation

2002 was a year when smartphones pitching into the market, Palm Treo (PDA then smartphone) where a pocket-size reader capable of downloading content over the air and sync with your PC.

In the same year, even Microsoft came up with Tablet PC, used in conjunction with MS Reader software, which made easy reading screen with portrait mode.

From the year 2004 to 2006 1st and 2nd Gen eInk versions of Sony readers we released, which enable features like different font sizes, up to 64MB internal storage, a memory card slot, and USB data transfer

Amazon Kindle was released in 2007 with features like wireless download, basic web access, and a QWERTY keyboard for adding notes and since then became the most popular eReaders in the world by introducing enhanced versions like Kindle Fire-2011 full colour, 7-Inch screen, Wifi enables, 8GB storage and a memory card slot, Kindle Voyage-2014 Premium EReader with dedicated page turn button, Kindle Oasis-2016 a slimmest and lightest EReader.

Barnes & Noble Nook is an Android-based Nook launch in 2009 where a user can share a book with another user for two weeks, Later an enhanced version named Barnes & Noble Nook Glowlight was released in 2016 with long-lasting battery backup up to 2 months with 6-inch eInc pearl screen.

Apple Inc introduced Apple iPad in 2010, No doubt Apple iPads are among the best-known and most popular tablets which featured the native iBooks apps as well as the Kindle app and Voice Over a text to voice reader function.

Rakuten Kobo Inc based in Canada is the most innovative EReader, In the year 2016 Kobo Aura one was launched equipped with a 7.8inch water resistance big screen and a resolution of 1872 x 1404 with 300 pixels per inch display